I’m graduating tomorrow! From the BOSP Beijing study abroad program, that is. With the last finals and final papers of junior year turned in, I’m now officially a senior at Stanford.

In other news, my mom, my brother, and a friend are somewhere over the Pacific Ocean at this moment, on their way to Beijing to travel with me for the next 2 weeks. Except for the part where I speak Mandarin on par with a Chinese toddler, I’m basically a Beijing native at this point, so from now until Sunday, I’ll be showing Mom and Co. around Beijing and its many visual and gustatory attractions. We’ll then fly to Taipei, Taiwan, where I’ll get to see my grandparents and other relatives for the first time in over a decade. Then it’s back to the mainland, Shanghai and Hangzhou, for a few final days in the Orient, before we return to the US and life goes on…

I’ll be back in the US on June 23 and back at Stanford (living in Crothers) for research on June 28 (2 days before I turn 21!), but with everything that’s going on in my life (i.e., packing, eating, shopping, more packing), I don’t have enough time to write a full post right now. In the meantime, enjoy these pictures from the last couple weeks of my Beijing adventure, including a trip to Shanghai and the 2010 World Expo…

The 2010 Shanghai World Expo Mascot. With a blue "toothpaste thing" in the background. (They call him Haibao)

Mai, Me, Adriana, and Lili at the Tunisia Pavilion

Kelsey and the home of Messi

The US Pavilion. Surrounded, of course, by Chinese people trying to get in.

Half of our group (Chris, Kelsey, Lili, Adriana, Mai, Bill) 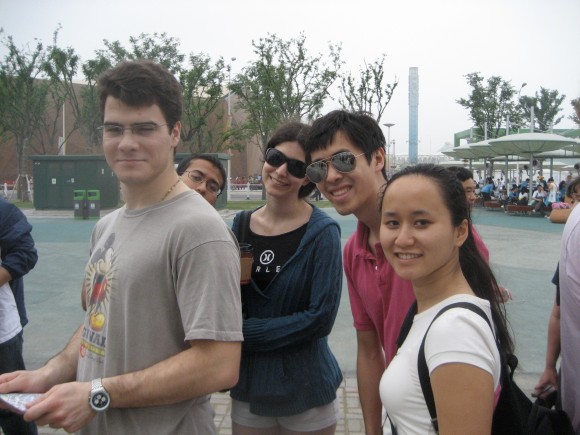 The other half (Dominik, Tarun, Amanda, Marty, Lianna)

People hopping fences to get INTO Mexico? Really?

Usain, you're such a poser.

Inside the Africa Pavilion. I don't understand...

The UK Pavilion. The shimmering effect comes from 60,000 transparent plastic rods that act like fiber-optic filaments in drawing light into the pavilion. 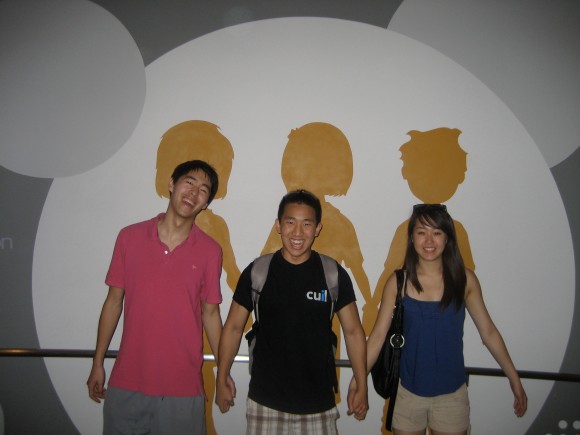 Marty, Me, and Adriana, playing in Australia

The host country China's spectacular pavilion, the only one that will be left standing after the Expo ends in October. 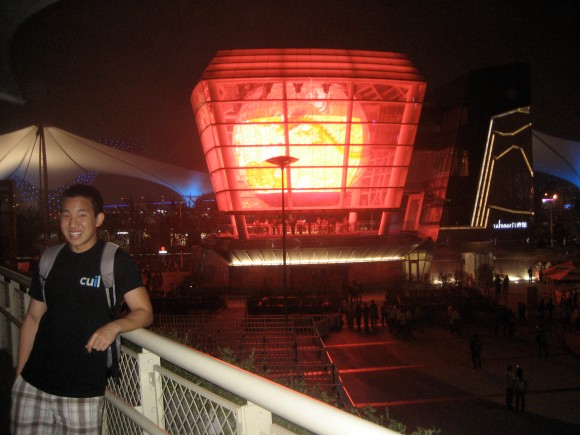 Taiwan and a Taiwanese.

Vietnam and a Vietnamese. 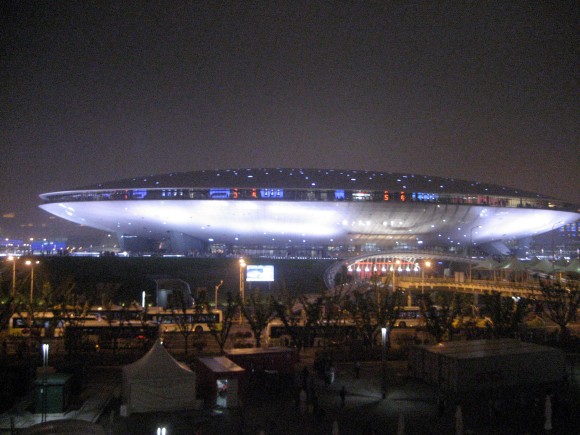 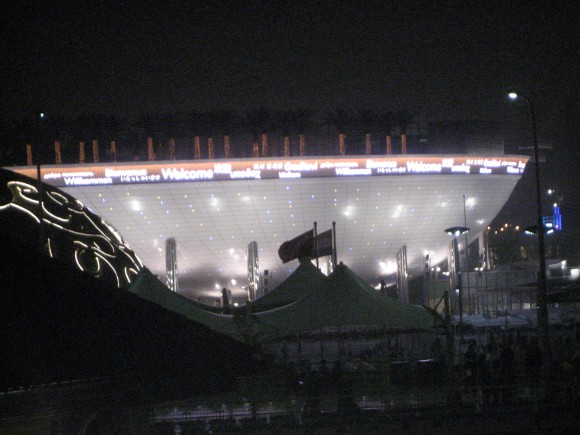 The Saudi Arabia Pavilion. Basically a gigantic lit-up bowl with palm trees on top. And a 4-hour wait to get in.

Nanxiang Xiaolongbao: The most famous steamed dumplings (baozi) in the world. No joke. They were invented here in Shanghai. The baozi are magically filled with soup, so you drink the soup with the straw before eating the rest. 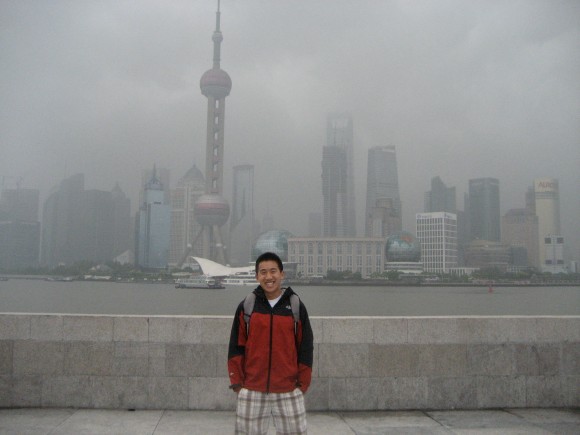 On the Bund, looking over the Huangpu River to Pudong. Shanghai's iconic skyline is in the background.

The Shanghai skyline at night. 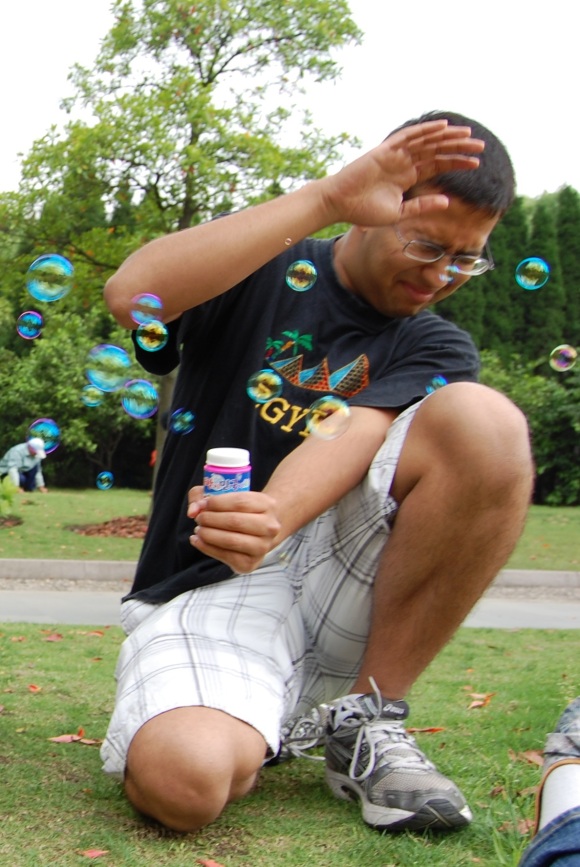 Not quite as cute.

And we have a winner! The kitten in a box in a Shanghai alley was by far the cutest thing we saw all weekend.

An American-style diner in the French Concession was holding a contest: Eat a 1-kilogram burger in 10 minutes, and you don't have to pay for it. We convinced my roommate Bill to take on the challenge. At left is a normal-sized burger for comparison. Notice how the monster burger is bigger than Bill's head. 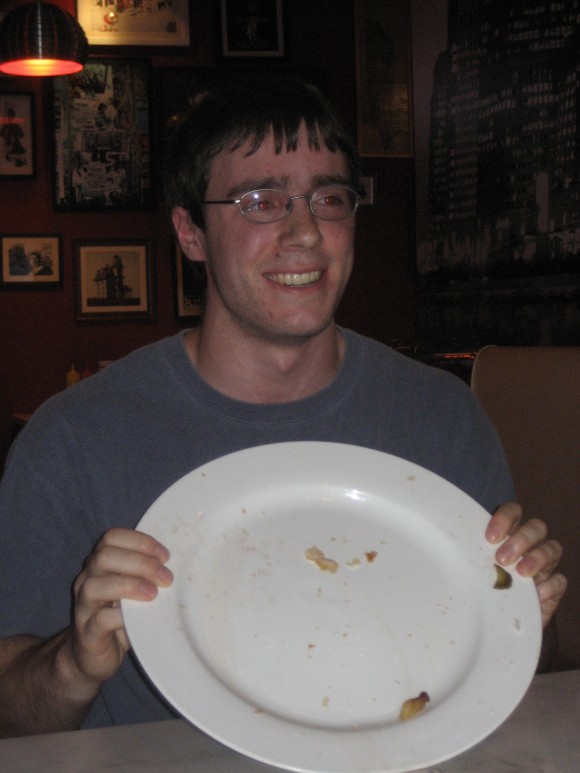 Over 2 pounds of meat and bread (plus fries!) in 9 minutes. What a trooper. (I just noticed that I'm in the background of the Polaroid. Success.)

The Wall of Champions.

Me, Mai, Adriana, and Kelsey. Halfway up Xiangshan (Fragrant Mountain), on the outskirts of Beijing. 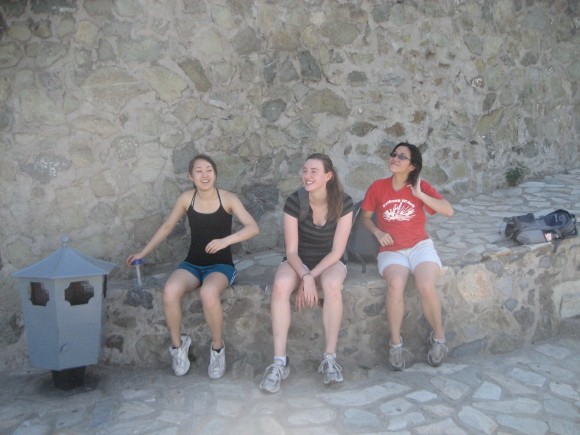 The girls, all looking amazingly happy for a candid shot.

Halfway up the mountain.

At the top of Xiangshan. Check out the view of Beijing in the background. 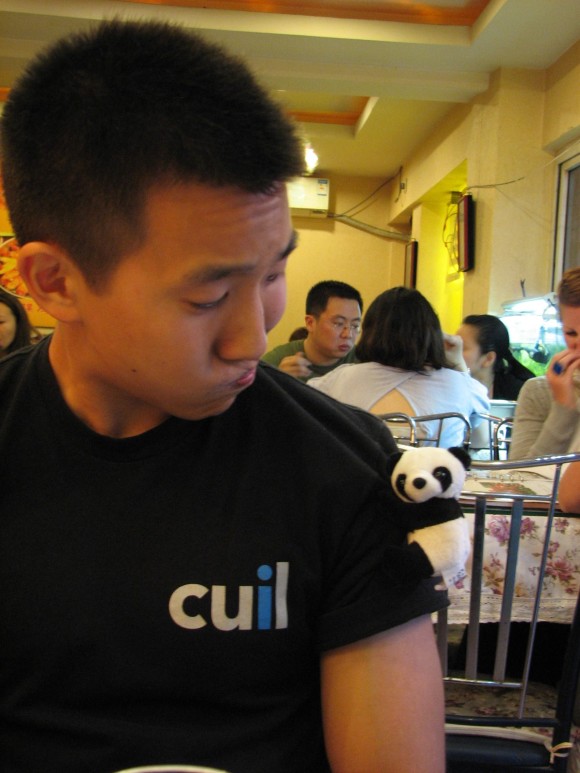 You just can't get away from those pandas. Sure, they're cute, but this is ridiculous... 🙂

Thanks for reading! Check back in 2 weeks for more new and exciting content. 🙂

What are you thinking? Cancel reply